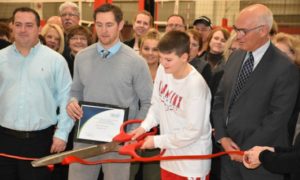 One year ago this month, Hunter Pearce cut the red ribbon at the Iowa West Field House, signaling the grand opening of the facility. The then 12-year-old spoke in favor of the sports complex at a prior city council meeting, noting that he and his basketball teammates would benefit greatly from a place of such caliber to practice and play.

He was right. Just 365 days later, several statistics showcase the success of this Iowa West Foundation initiative and its two main goals:

1) To provide access to court space for southwest Iowa sports teams, and to do so for free or reduced rates for community groups who qualify

In the past year, players in the COBRA and the YMCA leagues who desperately needed a quality place to play have racked up more than 3,800 hours of court time. Being able to access the field house for free has saved them more than $133,000!

On behalf of the board, I truly enjoy seeing the 8 hardwood basketball courts/12 hardwood volleyball courts full of young athletes. It is pictures like this one submitted by Alan Byers that reinforce what an impactful investment the Iowa West Foundation has made. 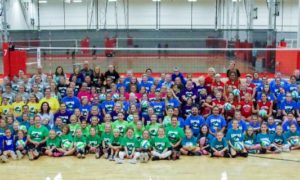 As for those who watch from the sidelines, it’s fun to witness them take in the field house for the first time. They round the corner and oftentimes their jaws drop. The building opens their minds to what a youth recreation facility can be, and even more importantly, what Council Bluffs can be. 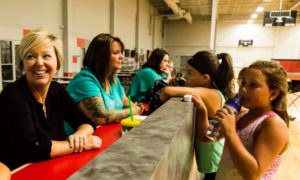 The economic development impact on our community also can be felt in the data. Over 250,000 people passed through the doors in the first 12 months! Many of them also needed a place to stay while they were in town, so events at the field house resulted in nearly 1,700 hotel stays.

The Council Bluffs Convention and Visitor’s Bureau calls the field house a great, new amenity to sell. Their executive director credits the facility for keeping two existing events in Council Bluffs. Both the US Open Robotics Championship and the Heartland USA Wrestling Elementary and Middle School Duals will remain here after outgrowing the space at the Mid-America Center. Had the field house not provided additional space, they likely would have left for a larger venue. Both events generate a high number of room nights at surrounding hotels. 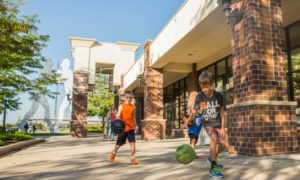 The best news is that 2018 is shaping up to be even better than 2017, with Omaha Sports Academy having already booked approximately 40 weekends of the year with scheduled activities. Soon visitors will have a new choice for a place to stay in close proximity to the field house. The Courtyard by Marriott hotel is on track to open in late spring. See the progress in the picture below. 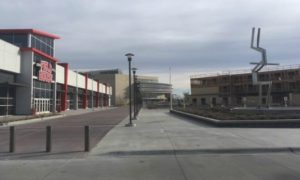