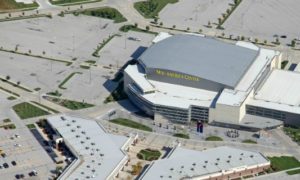 Since the opening of the Mid-America Center and surrounding plaza, the hope was that the area would be bustling with people, both from Council Bluffs and Omaha, as well as visitors from across the region and country. Unfortunately, the development that the community desired never materialized. The empty storefronts and limited activity have been a disappointment to all involved.

In 2015, the Iowa West Foundation purchased the “spine” of the MAC with the goal of revitalization. The Foundation’s four focus areas include economic development, placemaking, education and healthy families.

The Board of Directors feels strongly about the potential of the MAC area and agreed that the Foundation should serve as a catalyst in moving this development forward with the City of Council Bluffs. Step one of that plan was to activate and incentivize the area as an entertainment district.

The vision of the Iowa West Foundation is to create a community where families want to live and businesses want to locate. In order to know what amenities draw families to the area, the Foundation has funded several community surveys and needs assessments over the years. The results of those studies clearly articulated a specific need as a high priority: a recreation center with hard courts for sports activities including volleyball and basketball.

In Nov. of 2016, representatives from the Foundation and the City of Council Bluffs announced a multi-million dollar development would be coming to the Mid-America Center area that included a recreation field house and a Courtyard by Marriott hotel. These anchor tenants will employ more than 100 full-time people, 60 part-time, and an additional 168 during the construction phase.

Iowa West Field House
The Iowa West Field House features eight full-sized hardwood basketball courts and 12 full-sized hardwood volleyball courts. The facility opened in January of 2017 and will be operated by the Omaha Sports Academy. The agreement with OSA includes an annual review with a community use committee, which will be comprised of officials from IWF as well as representatives from youth sports organizations in the local area. 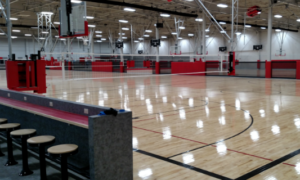 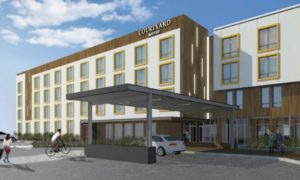 The Courtyard by Marriott select-service hotel features an in-house restaurant and bar as well as room-service.The hotel is approximately five acres in size has about 130 rooms. Current hotel occupancy rates in Council Bluffs as well as the demand for lodging that will be generated by Iowa West Field House tournament activity make Courtyard by Marriott a prime place to stay and likely draw more convention business as well. 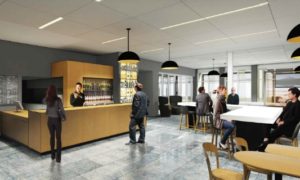 The hotel is a key part of the development. The convention business is key to the success of the Mid-America Center. It is believed that this select service hotel will be a significant driver for additional convention business. The hotel also provides additional synergy and economic development in the area. Couple it and the field house with a busy movie theater, a tourist-attracting casino, existing restaurants along 23rd Avenue and recreation fields on the south side of I-80 and the future of the MAC area as an entertainment district is bright. Situated next to one of the most highly-traveled corridors in the county at the intersection of I-29 and I-80, this development can and will draw people from all over the region, not to mention transform more than 100,000 square feet of emptiness into a regional sports attraction and top-notch hotel. 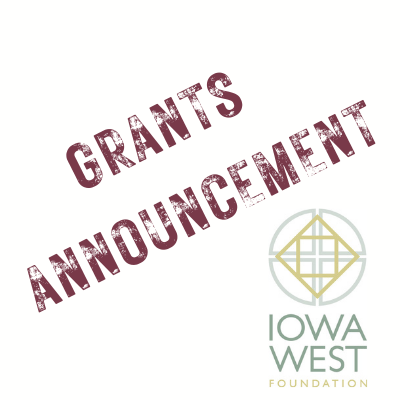