“Looking Up” Sculpture Moving Out of Council Bluffs’ River’s Edge 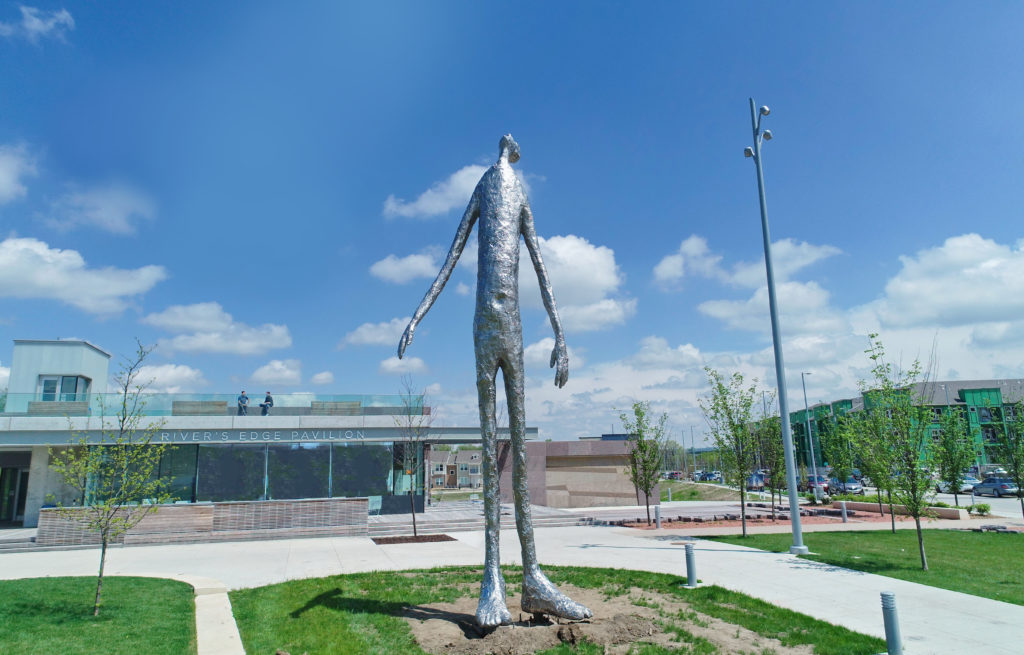 (Council Bluffs, IA)  The popular “Looking Up” sculpture along the Council Bluffs Riverfront, which serves as a unique photo backdrop for residents and visitors alike, will be removed and transported to a private location this week. However, the space won’t sit empty for long, as a similar version is planned to land at the River’s Edge in 2021.

“’Looking Up’ was loaned as a temporary installation, but the popularity of the piece inspired an anonymous donation to create a site-specific, permanent version,” said Brenda Mainwaring, President and CEO of the Iowa West Foundation, which matched the anonymous donation. “This permanent artistic addition will add to the Riverfront’s status as a regional destination.”

In 2019, the National Center for Arts Research ranked the Council Bluffs metro at No. 6 on the list of most vibrant art communities in the country for medium-sized cities.

“Public art not only serves to beautify our green spaces, but it also provides visitors and residents with even more access to cultural opportunities in our parks.” said Mayor Matt Walsh.

No taxpayer dollars were used to fund either “Looking Up” sculpture. Arrangements are currently being made to install the new edition on the dry side of the levee sometime next spring. Pottawattamie Arts, Culture, and Entertainment (PACE), an Iowa West Foundation initiative, helped bring the original version to River’s Edge in May of 2019. Artist Tom Friedman’s sculpture had previously been installed along Chicago’s lakefront and on Park Avenue in New York City.

The polished stainless steel piece is quasi-human figure gazing up to the sky, inviting others to stand at its base and do the same. To learn more about Friedman’s inspiration, the fabrication process and more, download the free Otocast art app.

The Iowa West Foundation is one of the largest private foundations in the Midwest. It has distributed more than $500 million to nonprofits and governmental agencies through southwest Iowa and eastern Nebraska since the inception of its grant program. Funding for the grants comes from investment earnings and the Iowa West Racing Association, which receives contractual fees from casino operators, Ameristar and Harrah’s. IWRA is the license sponsor for Ameristar and Harrah’s and the license holder for Horseshoe-Bluffs Run. The Foundation targets resources into programs and projects that focus on economic development, education, placemaking and healthy families.