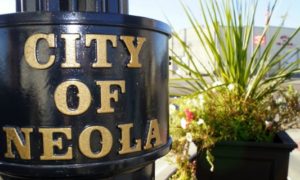 “A town can get older and die or it can get better and thrive.” – Pete Sorensen, City Councilman, Neola

Perhaps truer words have never been spoken. Residents of small-town southwest Iowa know all too well the story of rural decline. They watch as high school graduates stamp one-way tickets out of town. They see business owners flip their signs to “closed” for the final time. They hear the complaints about the aging appearance of Main Street.

But the Iowa West Foundation wanted to help write a better ending to the story, one that doesn’t really end at all. In 2004, IWF created a fund to assist the 12 rural Pottawattamie County communities with infrastructure improvements. In 2014, housing, recreation and beautification were added to the list of eligible projects. The objective was simple: keep economic stability up, brain drain down and Main Street looking good.

And the superhero: The Community Improvement to Increase Economic Stability (C.I.T.I.E.S.) program. Funded by the Foundation, C.I.T.I.E.S is operated through the Pottawattamie Country Supervisors who utilize the Metro Area Planning Association (MAPA), the Western Iowa Development Association (WIDA) to facilitate the program. Recently, C.I.T.I.E.S. established a review committee, made up of representatives from each city in Pottawattamie County who have subject matter expertise.

The latest blockbuster success of the C.I.T.I.E.S. program book features Macedonia. The existing water distribution system in the town with a population of 244 is undersized and leaky. A survey showed an astounding leakage rate of 46 percent.

In essence, their water was half way gone by the time it got to them. And when it finally got there, the quality and pressure weren’t the best. High maintenance water mains and pipes were resulting in high costs to citizens.

“Macedonia would’ve been unable to replace the water distribution system without programs like C.I.T.I.E.S. because we’d have been unable to afford it,” said Susan Goos, city council member. “Raising the tax rate and/or the utilities rates would have a devastating effect on the economic stability of our community.”

On the flip side, replacement of the water distribution system will improve water quality, while reducing potential contamination, drawdown and pesky maintenance costs.

“Most importantly, an improved water system will encourage new people to move to our town and help new businesses to choose to locate here,” Goos said.

The next chapter is the town of Neola, where $40,000 in C.I.T.I.E.S. funds matched with private and public funding have led to sidewalk improvements and streetscape updates.

“It all came together perfectly,” said city councilman Pete Sorensen, referring to the recent beautification efforts and the town’s acquiring of a grocery store, restaurant and theatre. “This was part of our strategic plan and it’s hard to measure the impact, but we know it’s significant.”

The impact of the overall C.I.T.I.E.S. program is not hard to measure at all. From 2000 to 2010, the population of the 12 communities has increased by 3.7 percent, from 8,788 to 9,117. It’s slow growth, but still growth at a time when neighboring small towns are experiencing declines.

Let’s not forget the city of Avoca, whose $363,585 in C.I.T.I.E.S. funding helped keep the town on track with its lofty goal to bring all roads up to date by 2019. To city manager Clint Fichter, the C.I.T.I.E.S. program is critical because of its positive financial impact on the city and lack of financial impact on community member who don’t have to pay for updates via increased storm water bills and property taxes.

Avoca’s street improvement project is correcting everything from deteriorating street surface conditions to insufficient turning radii on school bus routes, but the effects are far beyond surface level.

“When you have potholes in your road, it makes you feel like you live in a run-down neighborhood,” Fichter said. “Updating the street has a psychological effect and makes people feel better about where they live. The C.I.T.I.E.S. program is so much more valuable than anybody realizes.”

“C.I.T.I.E.S. has really increased economic stability through strategic planning and community support to create or enhance vibrant places within Pottawattamie County,” she said. “Communities have also had greater collaboration with each other and have a new understanding of regionalism.”

After all, this is a story about small towns not just surviving, but thriving. And the story is nowhere near the end.