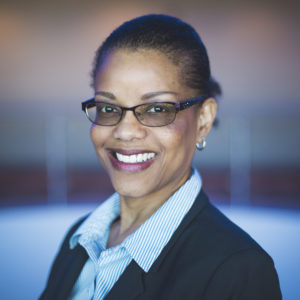 (Council Bluffs, IA) The Board of Directors of Iowa West recently elected a new board member. Council Bluffs native and Thomas Jefferson High School graduate Cyndi Hume replaces the late Doug Goodman, who passed away suddenly in 2018. Hume was elected to serve a 3-year term on the Iowa West Racing Association board. Hume has served on the Foundation’s Healthy Families Advisory Committee since 2015.

Board officers for 2019 include:

“Diversity, equity and inclusion are essential to the Foundation’s mission,” said Pete Tulipana, President, and CEO of the Iowa West Foundation. “We want our board members to reflect the community we serve as they have the significant responsibility of being good stewards of the Foundation’s assets and ensuring that our investments have a lasting impact on residents of Council Bluffs and Pottawattamie County.

“We are confident Cindy and all our board members will serve as great contributors to achieving the vision of the Iowa West Foundation, which is a community where families choose to live and businesses choose to locate because of the quality of life and standard of living.”

“My passion is to be someone who wants to bring about change,” Hume said. “Serving on the Iowa West Foundation board will allow me an opportunity to serve in this capacity and be impactful to the community that I live in.”

Hume is an experienced claims manager with a demonstrated history of working in the insurance industry, most recently for more than 20 years with Blue Cross and Blue Shield of Nebraska. She earned her bachelor’s degree in Marketing from Bellevue University and has served on several boards throughout the community including Micah House, Susan G. Komen Foundation, Youth Emergency Services (YES), Inc., Centro Latino, Cause Health and The Empowerment Network. Hume is the proud mother of three adult children, and grandmother of one grandson.

About the Iowa West Foundation
The Iowa West Foundation is one of the largest private foundations in the Midwest. It has distributed more than $484 million to nonprofits and governmental agencies throughout southwest Iowa and eastern Nebraska since the inception of its grant program. Funding for the grants comes from investment earnings and the Iowa West Racing Association, which receives contractual fees from casino operators, Ameristar and Harrah’s. IWRA is the license sponsor for Ameristar and Harrah’s and the license holder for Horseshoe-Bluffs Run. The Foundation targets resources into programs and projects that focus on economic development, education, placemaking and healthy families.