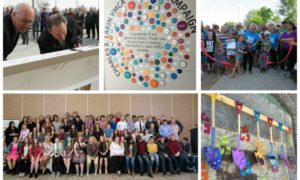 The end of the year is a good time to reflect on all the successes of the previous 12 months. Several Iowa West Foundation initiatives were launched and expanded upon, a number of impactful grants were awarded, and major milestones or anniversaries were marked by partnering organizations in 2018. Here are the highlights month by month. 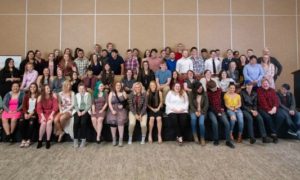 Pottawattamie Promise is an Iowa West Foundation scholarship initiative targeted toward first-generation, Pell-eligible students whom – if it weren’t for these scholarships and supports –might not have considered college a possibility. More than 400 students from Council Bluffs, Lewis Central, Riverside and AHSTW Community School Districts have been awarded scholarships thus far. With the addition of Tri-Center High School located in Neola, nearly 200 students per year will be attending Iowa Western as part of the Pottawattamie Promise program beginning with the Class of 2020. 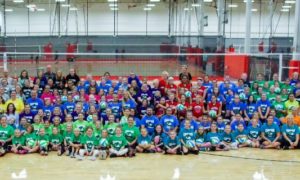 Community usage for southwest Iowa athletes was priority No. 1 when the Iowa West Field House first open its doors in early 2017. Since that time, more than a quarter of a million people passed through the doors in the first 12 months, resulting in approximately 1,700 hotel stays. The economic impact generated through this Iowa West initiative, as well as the benefit to community leagues and teams, was documented in this 3-minute video. 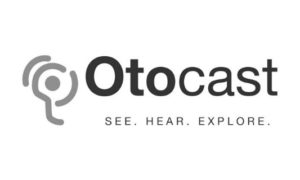 Residents and tourists alike seeking to learn more about art in the Council Bluffs community can now do so using an app on their smartphones. Otocast, an audio guide, is available to download for free. Currently, it features artists’ commentary, videos, scenic photography, and the opportunity to order free educational posters of the Iowa West Public Art collection, with the addition of more historic works coming soon. A much more interactive experience, the app replaces Iowa West’s former cell phone tour. 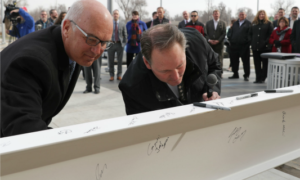 Thursday, April 5th marked the day the final beam was put in place on the new Iowa West Foundation headquarters at 4200 River’s Edge Parkway. The office building is just one component of 21 acre development that also includes apartments and a condo tower. 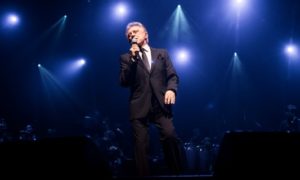 For more than five years, the Iowa West Foundation has served as a premiere supporter of Loessfest, the Council Bluffs community’s annual Memorial Day weekend celebration. Did we mention all events are completely free? Frankie Valli and the Four Seasons kicked off this past year’s event, which also included the opening of the new water features at River’s Edge Pavilion, another Iowa West Foundation grant project. 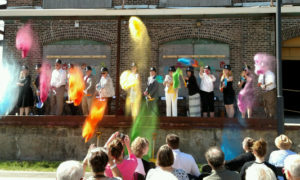 Pottawattamie, Arts, Culture & Entertainment, an initiative of the Iowa West Foundation, broke ground on the $27 million Hoff Family Arts and Culture Center June 1. Construction is already moving along and organizers plan to open in February of 2020. 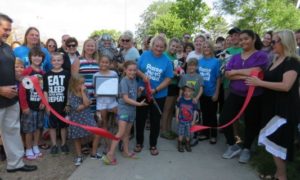 On a sweltering July morning, community members, children, families and even some goats gathered to cut the red ribbon on the first permanent story walk in Council Bluffs. With the help of the City of Council Bluffs Parks Department and the support of the Council Bluffs Chamber, the pages of Three Billy Goats Gruff were installed along the walk at Sunset Park. An IWF initiative, Raise Me to Read supports literacy and early learning for every child across Pottawattamie County. 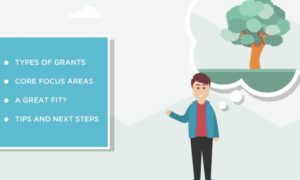 visual representation of our impactful investments by focus area with short vignettes
what our grantees have to say about multi-year funding
a complete list of 2017 grant/initiative recipients
audited financials
an executive summary of our 2017 strategic plan
information on how to stay in the know about IWF-related news all year long
We also released a 5-minute animated video on our grant process. 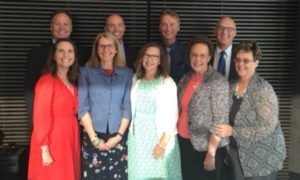 We said goodbye to Special Projects Manager Rich Sorich, who retired from the Iowa West Foundation after 17 years of service. Tim Galligan was hired to fulfill the role of Economic Development Program Officer and has been a great addition to our team.

Also in September, officials cut the ribbon on the Courtyard by Marriott hotel. This development was part of a package designed to spur development in the Mid-America Center. 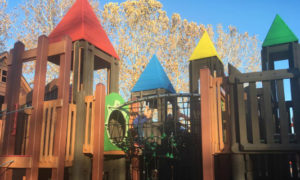 Thanks to a $160,000 grant from the Iowa West Foundation, the Dream Playground, located in Lake Manawa State Park, opened to the public. At 18,000 square feet, organizers say the Dream Playground is Iowa’s largest public playground that complies with Americans with Disabilities Act access guidelines. 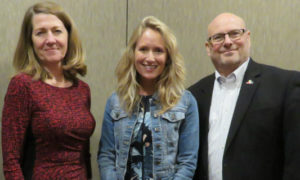 Members of our Advisory Committees from left to right: Diane McKee (Healthy Families); Jordan Preston (Education); and Mick McKinley (Placemaking) were honored for their service to the Foundation. Not pictured are Doug Coziahr and Nancy Raney, who both served on the Placemaking committee. 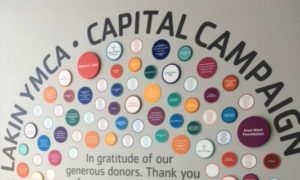 In 2019 we look forward to relocating to our new offices in early February, honoring our Pottawattamie Promise scholars in the spring, another memorable Loessfest to kick off the summer season, and a major milestone of our own in the fall. Stay tuned. Until then, happy holidays and have a wonderful new year.